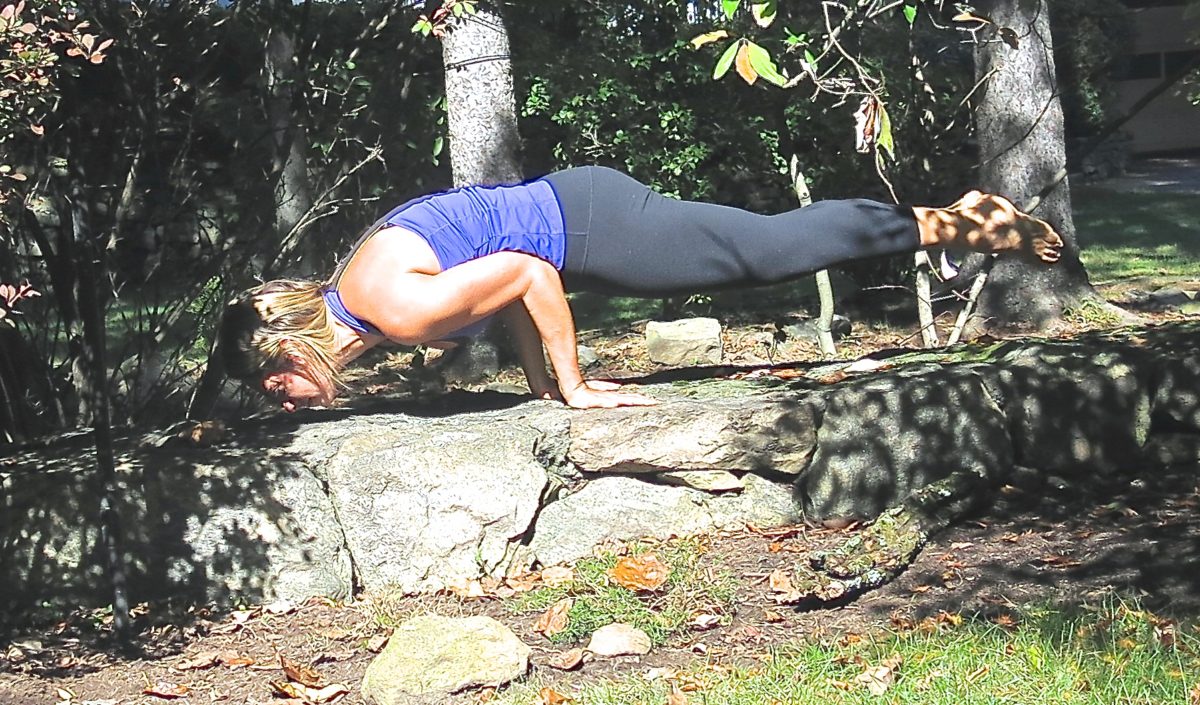 Last week, we had our town vote. The next morning, as I was removing some of the posters that had been hung up around town, I began to feel lighter.  With that behind me, I started to think about my message for the week and it became very clear to me. Non-Attachment. See, the bond had passed which was great, but it was a close vote. And one of the reasons it was close was because the waters had become clouded with confusing and conflicting information. I had a choice to make, do I cultivate negative attachment to those “cloudy” messages or do I free myself of all of it and let it go.

I looked at Patanjali’s Sutras to remind myself of his explanation of Non-Attachment. Non-Attachment is to free the mind of clutter or perhaps “cloudy” messages, so it is possible to instead find focus in what is happening in the moment. Vairagya, which means Non-Attachment literally translates as “colorless”. Each desire brings its own color to the mind. When the color comes to the mind, a distraction in the mind occurs and there is not space for peace and focus. A restless mind cannot have a steady practice.

So I asked my classes last week to connect to Non-Attachment both on the mat and off.   To start, they were to think about a pose that they have become attached to on their mats, either one they always needed or wanted to do or one that seemed to elude them. Once they identified that, I asked them to make their practice about surrendering that attachment. Then I also asked them to identify something off the mat that they were “attached” to that was not serving them, perhaps an event or emotion or past experience that they would be happier and lighter to release attachment from.

These classes were an opportunity for me to share my past attachment on my mat as well, a pose that I had struggled with and wished for when I first became a yoga teacher. It was Mayurasana (Peacock pose, pictured above). I shared with them that the pose only found me once I surrendered my attachment to mastering it. It is funny how the universe works. Sometimes the things we covet and wish for so much, allude us until we can surrender the need for them.

After warming up with Sun Salutes we began to build up to our peak pose, Mayurasana.  We connected to the core and pelvic floor (bandhas) through abdominal warm up, Bakasana and Malasana squats. We discovered our opportunity for balancing using Uttita Hasta Padangustasana and Warrior Three and we stretched and prepared the wrists by moving the hands in all different directions in our Standing Splits and forward bends.

And then it was time. Time to break apart Mayurasana and try it step by step. I reminded my students that this process, this slow building up, actually wasn’t about achieving Mayurasana …but rather the practice of surrendering the need to achieve it, to create a non-attachment to the end result and allow us to appreciate the journey to get there.

Off the mat, in my case, once I was able to surrender the end result of our town vote…both the good and the not as good parts of it….I was able to appreciate the journey of it all. I felt empowered, happy and light knowing that my intentions were true and that I was able to work with people that I truly respected. The end became less important as I remembered the journey to get there. So, of course just as I was happy the vote went the way I wanted, so were the few students who achieved Mayurasana last week for the first time.  However, I reminded them that perhaps Mayurasana found them as it had me, because we weren’t coveting it. When we judge ourselves harshly or have envy in our hearts, our true needs are not fulfilled. Once we let go of attachments, we then have clarity and space for enlightenment to come, and maybe that ever elusive pose as well.

As Savasana came and  I watched my students begin to move their practice off the mat by connecting to the opportunity to non-attach to what was not serving them in their lives, I found the opportunity to do the same. The practice of Non-Attachment is just that, a practice, the more we explore it, the freer we become. In addition, it is a journey…one I am grateful to be on. Namaste.