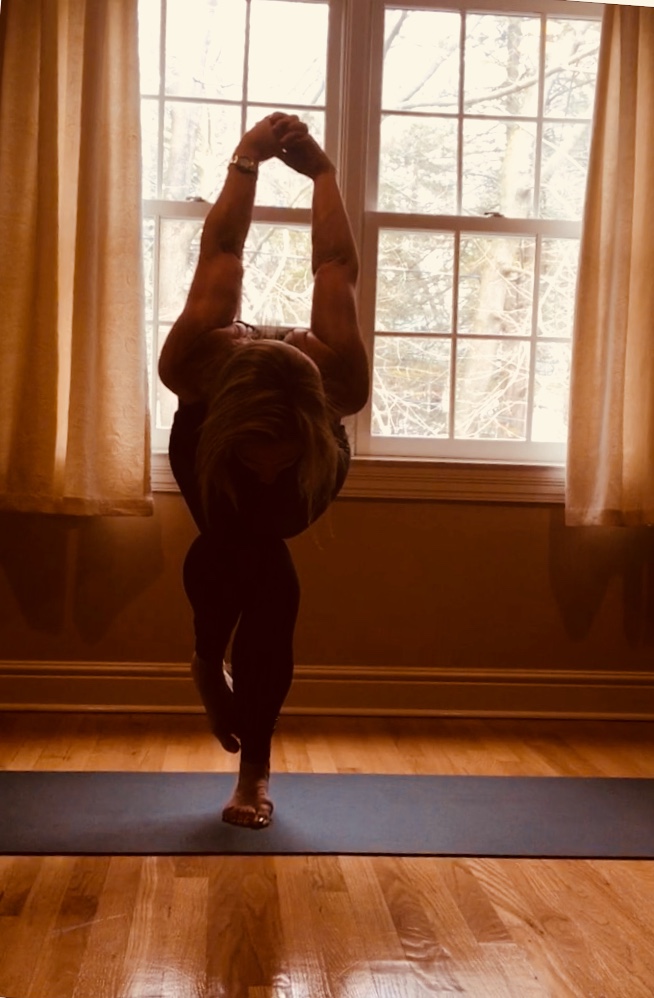 Last week I again found my inspiration through my 10 year old son’s basketball experience. There was 5 seconds left in his game and his team was losing by 1 point. They had been undefeated up to this point and this was one of their last games of the season. My son was standing at the foul shot line to take two foul shots. If he made one shot it would have brought the score to a tie and if he made both shots it would have most likely resulted in a win for his team. That moment was important, arguably the most important of the game. And the responsibility rested fully on him. He missed both shots. The game ended and his team had lost.

I took the few moments while the coach talked with the team after the game to collect my thoughts. It was then that I remembered Vashista’s words which explain the third principle of karma so beautifully; “There is no power on earth greater than the right action in the present moment”.  The reason this came to my mind was not to explain the “missing the foul shot” moment but to explain to my son that all moments matter. If we commit to each moment we can create the future karma we desire.

As we walked out the car he looked at me and said “It was my fault we lost”. I completely understood how he could feel responsible for that moment which participated in the loss for his team. However I explained to him that while he did participate in the action at that moment that contributed to this unfortunate result, it was in fact all of his personal actions (the amount he practiced, what he said to himself as he stood on that foul shot line, perhaps a negative judgement he had about someone else) and all the actions of the rest of the team, that ultimately brought about that result.

In sports, as in yoga and in life all of our collective actions create the outcome. And even though we only have control over our own actions, what we do affects others and vice versa. That is why he felt solely responsible for the loss. It is in these moments that we truly have a choice. We can choose to take the right action in the present moment to improve our own and the collective karma or we can choose not to. We can choose to give up out of fear of being in that situation again or we  can work to make all of our actions the best they can be in the hopes of participating in creating the overall outcome we desire.

In terms of basketball it meant continuing to practice; both basketball skills and positive thoughts in the mind. In our yoga practice we are offered the same choice. This is what I shared with my classes last week.  I asked them to use the time to practice taking the right action in the present moment on their mats. As they began to breathe and flow they listened to their bodies; knowing that cultivating strength, flexibility and compassion would all be actions that would serve their personal and therefore the collective karma in the future.  I reminded everyone to take the right action in the present moment, even if it was a rest or skipping a pose, each action contributes to our future positive karma. I often say that yoga is a selfish practice. It is the investment in ourselves physically and spiritually so we can better serve our loved ones and our greater community. Its selfish so we can be more selfless. As we continued to move we explored several challenging transitions and focused on each action as it built towards the next, moving from high lunge right into a balance twist and then into eagle pose as a reminder that each step matters….each action collectively builds to the whole.

This past weekend there was another basketball game. It wasn’t the final 5 seconds and the team wasn’t down by 1 point but my son once again found himself standing at the shot line preparing to take two foul shots. He had spent some time practicing over the previous week which gave him the confidence to believe he could do it. He made both of the shots. Those actions in those moments along the way helped him create the right action in the present moment for him. There is always a lesson to learn, through the challenges, the heartbreak and those moments we wish we could change. When we start with today, we will see those actions serve us in the future. Namaste.