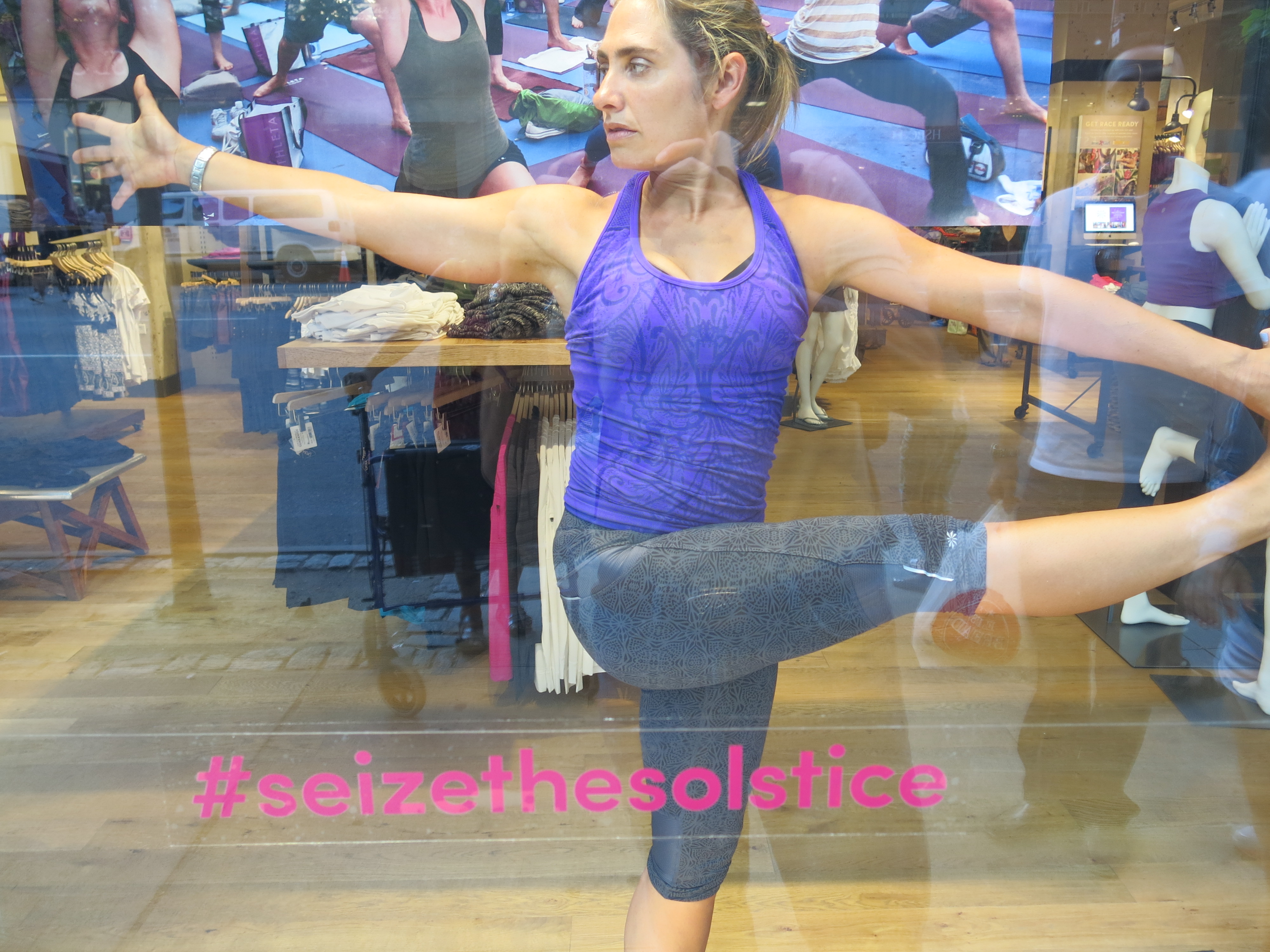 This past week I asked my students to think of something they had accomplished (either off or on their mat) that they never thought they would. I then asked them to grab a bit of inspiration from it and dedicate their practice to that inspiration. They breathed and flowed and opened their minds to the possibility of what may be available on their mats cultivating a practice for this same mind opening out in the world.

I am often inspired by my students.The surprise they have the first time they lift into an arm balance or join their hands together in a bind. That look of satisfaction always makes me smile. Somewhere inside them they found the belief that it was possible, they opened their mind to that possibility and magic happened. Those magical moments can happen off the mat as well. I will never forget the first time my 5 year old son competed in a swim meet. I was about 99% sure he was not going to jump in the water and swim across the pool when the horn beeped. I was right, he delayed a second after the horn but then I was very wrong; he jumped in and swam and actually won the race. Surprise and satisfaction…for both of us. “Never say Never”.

Sometimes “Never say Never” works differently. I have the privilege of seeing it quite often. It is the first time a student who always always pushes to the max…actually takes a childs pose because they need to, not asked to by me, but because they listened to their body. That “never say never” moment is just as profound and inspirational. Sometimes when we take a step back, a deep breath..a break, we are taking care of ourselves, allowing oursleves to open our minds to the possibilites.

Since I asked my students to identify a “Never say Never moment” to inspire their practice, I had to share one as well. I am grateful to say, I have a few to choose from. I have lived my life with a mind that is (usually) open to the possibilites. I have traveled and seen and done many things.

However,  a couple of months ago, on the Summer Solstice, I allowed myself to be seen in a way I never thought I would;  I practiced Yoga for 2 hours in an Athleta store window in Manhattan. I was nervous and once I agreed I began to question myself. As the day came closer, I was repeating ‘Never say Never” to myself quite often. It was reminding me to stay open to the possibilities off the mat and on and in this case…both.

As I unrolled my mat in the store window and began my Sun Salutes with the rush hour crowd moving past, I found my breath, opened my mind to what was possible and off I went. The two hours went very fast, and when I was finished I found two emotions in my heart. Surprise that I was able to be in my body and my mind with all of the potential distraction and Satisfaction at accomplishing something I never thought I would. “Never Say Never”.